How to Promote Your Amazing Blog Using Networking 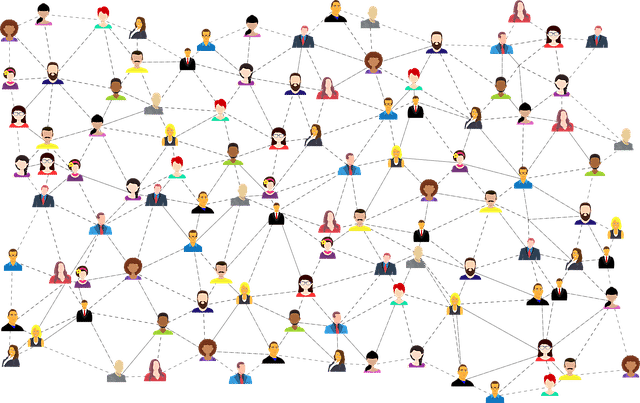 Let’s Turn Our Attention to Networking for Blog Promotion

What is Networking?  A quick online search found the following definition which I feel is pretty appropriate.  Networking is “the action or process of interacting with others to exchange information and develop professional or social contacts.”

The term can seem a bit overwhelming, however if you think about it we’ve all been networking every day of our lives.  A simple way to think about networking, it’s just about making friends.  It’s simplicity though, should not take away from it’s importance.

To develop the network that will help promote your blog it’s going to take a lot of individual and relatively easy steps.  Building your Network is nothing more than opening conversations with some new friends.

Following are several networking suggestions I’d give bloggers to help them grow their audience and promote their blogs:

Welcome to the How to Promote Your Blog Post Series:

You Need to be Patient

It takes time to develop a fruitful relationships.  Don’t expect that others will be knocking down your door for advice in a short period of time.  Let your relationships grow naturally as you build your brand’s credibility along with mutual respect and trust.

Too often, much of the networking that I see seems one sided.   Networking between bloggers should not be about ‘taking’ rather than ‘giving’.   The best way to make a great impression on someone is to be generous with them.

While you do need to have established boundaries, I feel that showing generosity to others is the right attitude to have when you approach networking.

There is probably a very good reason that we have two ears – and only one mouth.  I believe the key to successful networking is to ask questions.  Your questions do need to be relevant and thoughtful.

If you approach networking with an obvious agenda, ignoring others needs you are setting yourself up for failure.  If you are a person who asks others about their problems and solutions, you will be surprised with the knowledge that you will gain.

Showing a genuine interest in what others do and say is where your networking becomes most effective.

Be a ‘Solver’ and a ‘Connector’

While you are networking with others, don’t only focus on you and the other person.  Be prepared if necessary to draw others into your conversation.  Sometimes you meet someone who you are unable to help, but someone you know can solve their problem.

People really appreciate when you point them to someone who can help them, if you are unable to do so.  When this happens, the parties you connect both come away feeling good about you.  You took enough interest in their problem to find someone that solved it.

Who do you think will come to mind the next time either party has a question or problem.  People are grateful to anyone who helps them solve a problem.  You become their ‘go to’ person because they know you’ll either help them personally or point them to someone who can.

You Need to Prove Yourself First

I understand that being new to my niche it could take time to make an impression.  But I’m educating myself with every new post that I research and write about.  I may never be a smarty pants like Rett my grandson, however I will be able to offer more help to others as I learn.

Prove to others that you’re in it for the long haul.  Once others understand how your blog honestly and freely contributes to our collective knowledge base, you’ll find people more willing to connect.

Be Persistant, But Never Annoying

The blogosphere is a cluttered and chaotic space so don’t be offended if people don’t respond right away. Some bloggers may take a few emails, comments, or shares before they’ll warm to your contributions and respond.  Remember, we all have busy lives and limited time.  Just try again, but don’t be a stalker.

It is important for you to interact with other bloggers in your niche.  However, don’t close yourself off from relationships with bloggers outside of your niche.  Be especially receptive to those in niches that neighbor or relate to yours.

If you limit yourself just to other bloggers exactly like yours, you will end up dealing mainly with people who could see you as a competitor.  While some will be open to interacting with you I’ve found networking with people outside my niche can be productivel.

Be strategic in your thinking.  If you think about it there is a lot of topic overlap when you are writing about social media, SEO, business, marketing or a hundred other topics.  A good writer can find a way to connect and write about anything.

Try to Connect With Influencers

It’s common in many of life’s situation, we seek out influencers to help us advance our goals by connecting with us.  You quickly discover, that many ‘A-lister’ bloggers are bombarded with requests to connect.

While you might get lucky, it may be more productive to refocus your efforts.  You may have more success by approaching less know bloggers who may be more receptive to connecting with you.  It can be productive, and the results can still drive a lot of traffic your way.

Look for Points of Synergy

I’ve found that the most profitable relationships are often ones where I felt a ‘spark’ or ‘energy’ around our interaction.  This was often true where we shared common goals and objectives.  Sometimes I felt the connection because our personalities just seemed to mesh.

Perhaps someone else has a better explanation for this but it’s worked for me.  I look forward to hearing more about your own experiences while blog networking.  Has it helped your blogging grow?  Have you found more acceptance of your writing through networking?

You Need an Elevator Pitch

You have to be able to articulate to others what you do in a brief and concise statement.  This has often been referred to as an elevator pitch.  This is important with blog networking too.

How many of us have received an email or other message from people wanting to work together in some way.  Frequently you’re several paragraphs into an email before you understand who they are and why they are trying to connect with you.

That’s why it’s so important to develop a few key sentences that describe who you are, what you do and what you offer others.  Telling what your blog is about would be another good elevator pitch.

Giving prior thought to expressing these ideas will help others understand what you will bring to your relationship.  It will also help you understand that too.

How to Extend Your Social Media Reach by Posting Branded Images

We've all heard the expression that "a picture is worth a thousand words."  That has never been truer than in the today's digital world.  Do you want to extend your content's reach across social media and the World Wide Web?  To do that you need to create shareable images that people love to share.

Visual content is increasingly important for blogging as well as for posting on social networks.  Posts with images or videos are much more likely to get attention than posts with just plain text.

Sharing your posts images successfully will extend the lifetime of your post and will also have an impact on your visibility in the search engines.  Design your images with links to share on your social media platforms.  This will give you more possible search hits and backlinks to your blog.

Sharing your blog post images on social networks such as Facebook, LinkedIn, Twitter, Pinterest, Tumblr, Instagram, and others will multiply the reach for each of your blog posts.  For the best results your images should be produced in different sizes to work best for specific applications on the different social media platforms that you use.

If You Wish to Continue Reading the How to Promote Your Blog Series:

Subscribe today for your FREE profile or choose to become a charter member and receive a 50% discount on your membership.