How to Optimize Your Content for Google’s Featured Snippet Box

What is a Featured Snippet?

A Featured Snippet is shown in Google’s search engine results pages (SERPs).  Usually when a question-based query is being searched for.  The snippet displays content from within one of the pages ranking on page one that directly answers the question searched for without the user having to visit the actual page.

Here’s an example for the query, “how to make bread“: 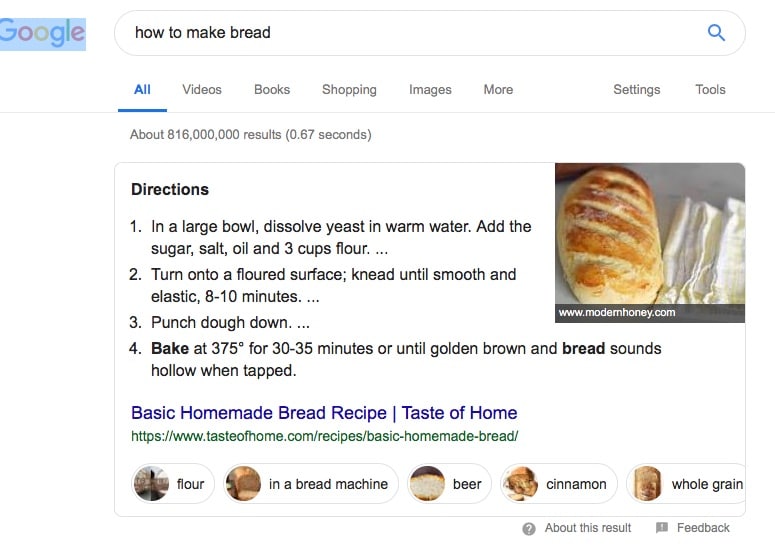 The Featured Snippet of page text displayed at the top of the box which shows the directions for making bread that Google pulled from the tasteofhome.com webpage.  You may have heard these referred to as ‘answer boxes’ in the past.

Should We Care About Featured Snippets?

Many people involved with SEO thought that featured snippets would have a hugely negative impact on the number of people that actually click through to the pages within the results.  They have actually increased the click-through rate (CTR) of results ranking within it.

A Hubspot study examined a sample of just under 5,000 search queries, they discovered that the CTR to their website for high volume keywords increased by over 114%, even when they ranked #1, falling just below the Featured Snippet.  The example below provides a great sample of what they found. 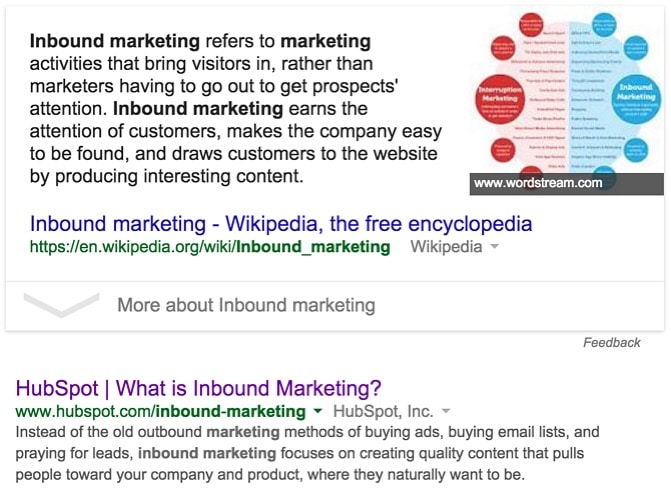 Suppose you rank #1, appearing as the first post below the featured snippet on page one of Google for a keyword that’s searched for 10,000 times.   From the data collected, you would expect about 1,700 visits.  Compared to the 3,700 you might see if you landed the Featured Snippet spot.  That’s the possible response with just one keyword.

How Do You Rank in the Featured Snippet Section?

Featured Snippets have been a bit of a mystery for a lot of people involved with SEO, as it hasn’t been that easy to determine what influences getting your content to appear within them.

There’s been a lot of conflicting advice out there, including the idea that Schema.org data was the reason behind Google displaying this data. However, considering that more than 80% of the websites I’ve looked at that rank within the Featured Snippet don’t use any kind of Schema.org markup data, it’s safe to say that this isn’t the case.

Not only that but Gary Illyes, a Webmaster Trends Analyst at Google, has said outright that structured data has nothing to do with ranking in the Featured Snippet.

Instead of speculating, I decided to run some research of my own. I wanted to answer the following questions:

The results of the test should give you a good idea on how you can start ranking more frequently within the Featured Snippet box.

Here’s a brief overview of the data HubSpot gathered for their study:

What the Featured Snippet Analysis Revealed:

The analysis helped me uncover a few interesting things … 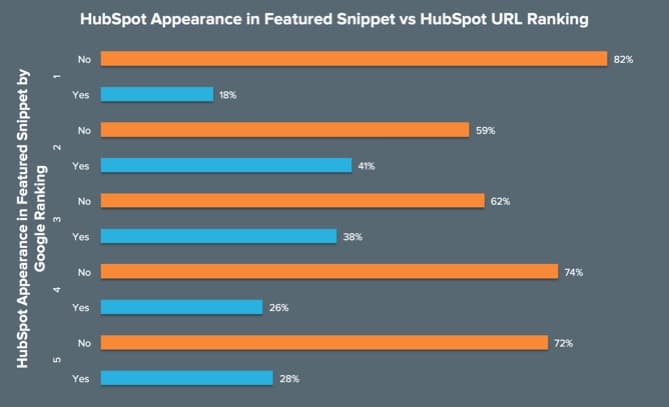 Let’s examine what this chart is demonstrating:

What this says to us is that once you’re in the top 5 results on page one, building backlinks and other authority signals matter much less for ranking in the Featured Snippet.  I’ve seen lots of occasions where relatively unknown websites with much less SEO authority have ranked above us.

The semantic relevance to the keyword in question, along with clear page structure seems to be much more important. 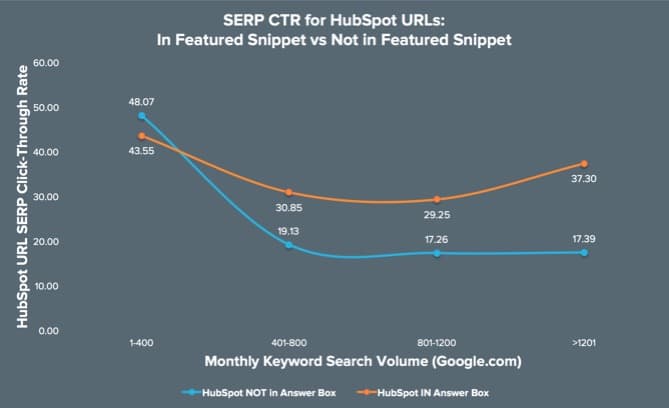 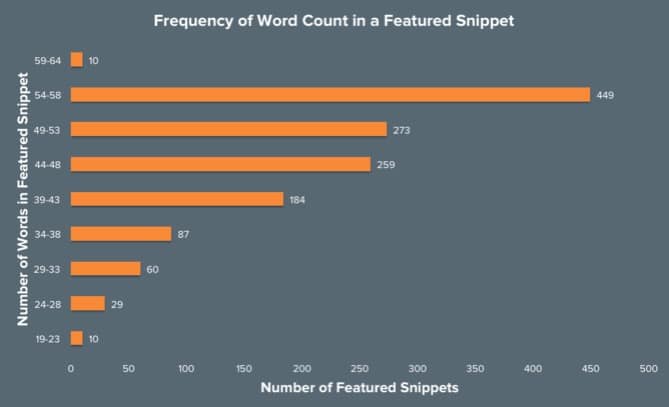 This chart is a little more straightforward.  We extracted all of the content from within the Featured Snippets that I sampled.  This was done to identify any trends in the content being displayed in order to better understand what Google is looking for.  As you can see, content between the length of 54-58 words in total seemed to appear by far the most frequently.

From this analysis, here are some conclusions: 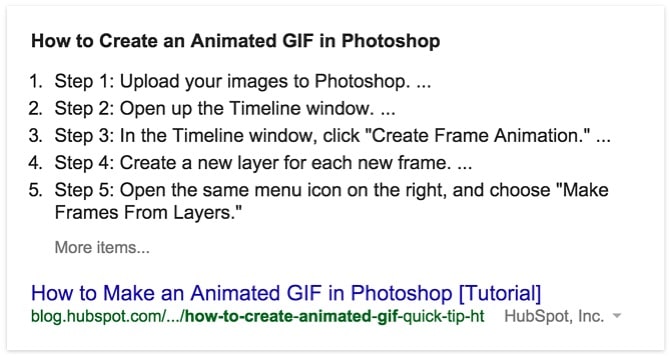 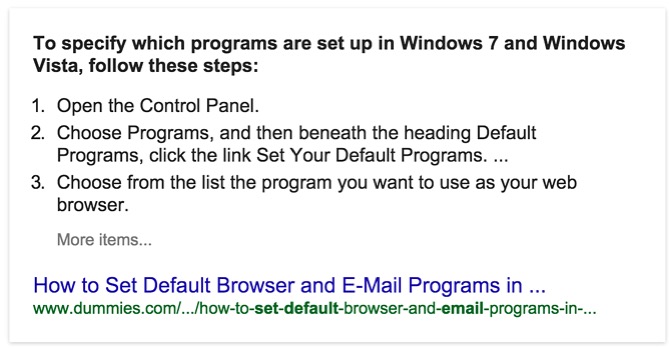 My advice to increase your visibility within the Featured Snippet box is to first run a quick audit of the keywords that you’re ranking for within your current SEO campaign.  Determine how many of them are question-based queries.

Once you’ve got this list, you can drill down on where you’re currently ranking.  Also how well your content is structured, and then devise a plan to reoptimize your content based on the advice I’ve given above.