Why You Need to Develop a Unique Selling Proposition

A strong selling proposition focuses your energy on creating what caters to your ideal customers.  A unique selling point provides a competitive advantage that allows you to avoid the trap of trying to please everyone.

Why You Need a Unique Selling Proposition

It’s likely that many of your prospective customers can’t decide which option in your industry is the one that deserves their investment in time, money and trust.  It is sometimes difficult to navigate a large selection offered and then make a buying decision.

It’s your job to help them by making your unique selling proposition obvious, different and memorable.  These differences help them see exactly what your business has to offer that the other guys don’t.

“Differentiation is one of the most important strategic and tactical activities in which companies must constantly engage.”

In a crowded marketplace, it’s important for your business to be remembered.  It helps if your business has a unique trait that’s worth remembering.

We all understand that a superior product and outstanding service are required to grow your company.  But there is also an opportunity to use differentiation as a competitive advantage.

There is no one-size-fits-all advice for creating your own unique point of difference for your business.  There are some practices which work in different industries.  Any business owner can apply them to develop their unique selling proposition.

Below we will take a look at some of my favorite methods and examples of how companies put them into practice.

Use Your Unique Selling Proposition to Appeal to Your Ideal Customer

Finding your ideal customer often takes quite a bit of legwork.  When you’ve finally identified the perfect person to sell to, it makes sense to appeal to them through every aspect of your business. 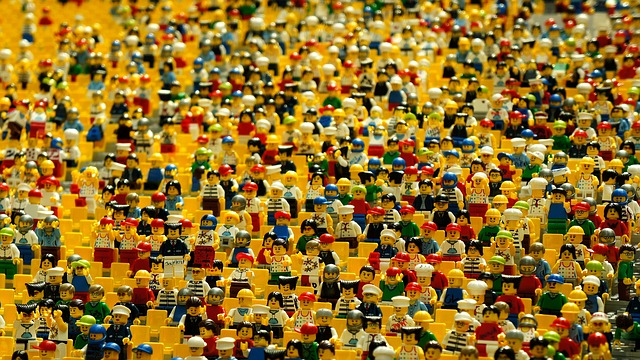 Would you consider ostracizing non-customers to spur on brand loyalty?  One famous retail chain has adopted this practice in an extreme fashion.  Abercrombie & Fitch’s CEO Mike Jeffries identifies their ideal customers as “cool, good-looking people.”  He has publicly said the brand refuses to market to anyone outside of that subgroup.

Is this crazy or tactical?  In a recent article on A&F’s “perverse brilliance,” author Roger Dooley argues that the backlash from Jeffries’ comments on the brand’s practices may not be as financially detrimental as one would think.

While there’s no argument that Jeffries’ comments were insensitive.  The wave of negative responses that followed came mostly from older consumers.  Those negative responses didn’t appear to affect the purchasing patterns of A&F’s younger customers.  In fact, retail analyst Gabriella Santaniello points out that this long-term exclusionary strategy has generally worked out for A&F:

“Their brand image has been the same from the beginning and they’ve been quite successful with it…  And you can’t be everything to everyone—otherwise, you set yourself up to more risk.”

Would I recommend that you be as callous, rude and insensitive as Jeffries?  No, I wouldn’t.  Your business should find a far less reprehensible approach for identifying and exclusively selling to your ideal customer.

My point is that this narrow focus can be an effective strategy.  Even outrageous comments from a disillusioned CEO weren’t able to decrease its impact.

Your Unique Selling Proposition Should Leverage Your Personality

It may seem strange to assess an industry on the basis of personality.  However, certain industries carry an undeserved reputation that distorts how outsiders view them.  This assessment is often for the worse.

The search engine optimization (SEO) industry struggles with a lingering reputation.  Many people view them as nothing more than a group of spammers who pollute the web and ruin the search experience for others in favor of profits.

Rand Fishkin, the founder of Moz, knows that this perception is a disservice to the many technically skilled, hardworking and honest search engine marketers who don’t partake in these practices.  Fishkin always branded Moz as a business that offers software and community for professional and aspiring SEOs.  He’s put a great deal of effort into creating an open, accepting and transparent brand.

The use of Roger, Moz’s lovable robot mascot, is a great example of how the business is working to recreate a positive perception of the SEO industry.  Using Roger at the helm, the Moz team has become the welcoming entry point for those interested in the SEO community.  Many of those attracted were skeptical of the “personality defect” characterizing it as a shady industry to get involved in.

Your Unique Selling Proposition Must Avoid the “Superstar Effect”

Author and Georgetown professor Cal Newport has written about the “Superstar Effect” that pigeonholes many top applicants to prestigious colleges.  Instead of trying to stand out, most simply try to be the “best.”

However when you’re competing with the best, this approach puts you among the status quo, giving you no opportunity to stand out.

Entrepreneur and marketer Corbett Barr discussed how this way of thinking seeps into business. Companies often strive to be the best, perhaps he first thing they should do is just be different than their competition.

Think about how a restaurant owner might look at this goal of being the “best.”  With the varied tastes of an entire city of people, being the “Best Restaurant” in town would be a far less fruitful and require far more effort than becoming the place you must go for ______.

Your Marketing Has to Embrace Being Different.

The truth is that the competition won’t be as much of a concern if you change the rules of the game.  You should first seek to do something better by doing it uniquely.  Vehicles for hire via your smartphone—who would’ve thought?!  Instead of trying to simply be the best in a vague, crowded category.  Focus on and embrace being DIFFERENT!

Customer loyalty advice is available on the Internet, however it’s almost always anecdotal.  What if instead the advice given was supported by consumer studies, academic research and specific examples?  Instead of trying to be the best in a sea of other customer service blogs, why not try to be different by offering up content that you won’t find elsewhere?

Embrace Being Personal in Your Unique Selling Proposition

Can a strong personality be incorporated into a company’s unique selling proposition?  Yes, it can, but proceed cautiously.

Look at George Zimmer, founder of Men’s Wearhouse.  When the company’s board fired Zimmer, many were quick to say that no matter what the dispute was, removing Zimmer from the company was a bad move.

Zimmer had become a recognizable personality.  He was loved by many of his customers and company employees.  You may wonder how a single employee can cause so many publications to proclaim that a brand will lose its soul when he is ousted?

In the Zimmer’s case, it’s because his deep, gravelly voice and down-to-earth personality were so often identified with the everyman that he positioned the business around.  Zimmer built a brand that sought to help Average Joes look great in a suit without feeling uncomfortable and without breaking the bank.

Zimmer’s marketing success was his embodiment of the person he was selling to.  In Zimmer’s over 500 hours of Men’s Warehouse commercials, he made a promise that men young and old believed in: “You’re going to like the way you look. I guarantee it.”

Zimmer’s personality, which so perfectly aligned with what was being sold, is difficult if not impossible to buy.  Zimmer himself showcased everything Men’s Warehouse purported to care about, making him an integral part of their unique selling proposition.

Your Unique Selling Proposition is Still about Selling

Relationship marketing is as much about marketing as is it about the relationships.  The same applies to creating a unique selling proposition.  It’s the differentiation that needs to be built around selling more products and services.

It’s not about making your business into a quirky brand that stands out but doesn’t have any traction in the marketplace.  In the book Reality in Advertising, advertising executive Rosser Reeves lays down three rules that unique selling propositions should follow if they wish to be more than just creative branding:

Ensure that you stand out for the right reasons.  Your brand’s positioning is intended to sell, not just to stand out.

Tell Me About Your Unique Selling Proposition

My curiosity has gotten the best of me.  I would like to hear what your business does differently!  Share your story in the comments below.  Or, tell us about a business you love that stands out among the competition.