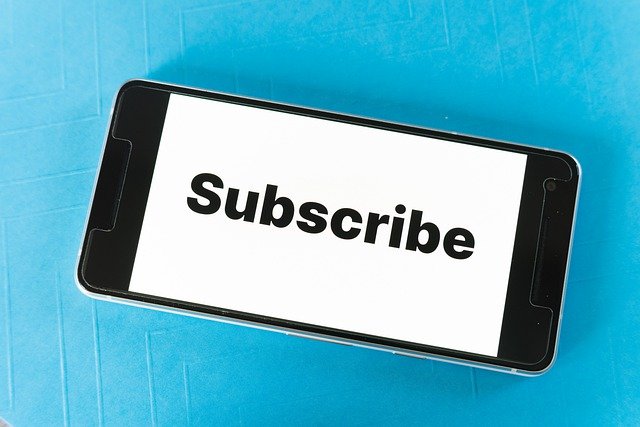 Your portal, the “free” section of your website, is the airport that all of your website visitors touch down on. They land there from search engines, social media posts, emails and beyond.

Most of the publishers we know have some level of “free,” whether they publish free daily content, have a metered paywall, or give away free eBooks to build up their email list. It’s been almost two decades of publishers never being truly sure how they’d make money online when they were expected to give so much away.

If the answer to how publishers make money was simply “selling subscriptions,” then this report would be quite short. Metered paywalls? Maybe a little longer. But just selling print or digital magazines isn’t how most publishers generate most of their revenue, it’s just the petal on a much bigger flower.

Over the past two decades, my team and I have guided the transformation of more than 300 magazine and newsletter brands into niche media empires. In every case, we dramatically expanded the number of revenue generation systems in their media mix. While the process is complicated, it’s not rocket science. It merely requires a systematic approach to adding each new revenue generation system to the organization’s larger integrated business model.

In the following chapters, you’ll discover how magazine brands like Yankee and AAA have pleased sponsors with unique native advertising packages, while publishers like I Like Crochet and Harvard have created entirely new revenue streams.

Every time my team and I sit down with a new client, we review how each of the following revenue generation systems might be deployed for their organization. Let’s dig in.

If your primary source of digital revenue is online magazine subscription sales, then your online magazine business plan probably isn’t very long. The publishers we work with all have a best-selling offer, and I can promise you it’s not the lone subscription to their magazine. Rather, the most successful publishers we know all have an all-access pass membership they sell, which offers a number of their premium products under one roof: magazines, books, videos, courses, and anything else they can bundle.

Yankee Publishing is one such example. When a user wants to subscribe to the magazine, they’re offered a choice of subscribing to the print edition, the digital library, which includes the full archive, or an all-access pass which includes both, plus seasons of Weekends with Yankee. 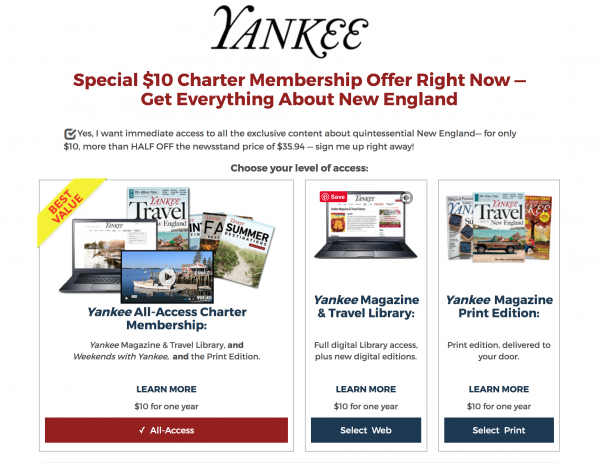 Having this product can do one of two things. In the case above, where all the products are priced the same, it can increase conversion rates because the user came in thinking they were getting a subscription to a magazine, and are now confronted with a much better offer for the same price. In another case, where the all-access pass is higher priced, it can increase profits by convincing visitors to convert to a product that has higher profit margins than the one they came in looking for.

Another product most of the publishers we work with now have in their revenue arsenal is a club. Usually a club features a collection of one type of product, and the convenience factor of online clubs makes this a hugely viable source of digital revenue.

A good example of a club is from I Like Crochet. They have a “Collections Club” which includes carefully curated collections of designer crochet patterns. This club features 50+ crochet patterns, from scarves and shawls to afghans and baby items, and they are hand-selected by the editorial team. I Like Crochet also has the all-access membership mentioned above, and the Collections Club is included when someone becomes a member. 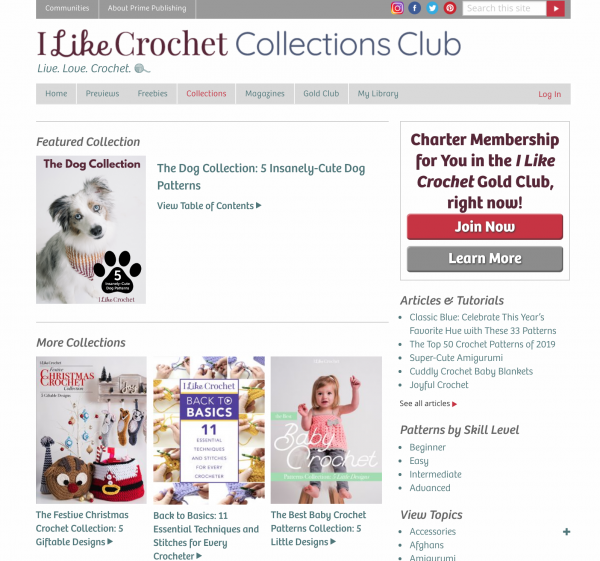 Another subset of online publishers will also generate revenue through user-supported, unsponsored, or only partially sponsored in-person and digital events. Tickets used to be sold at box offices, or by will call and mail to get tickets. Now they’re purchased online and printed on home computers, or scanned with a QR code. Some publishers also generate revenue through sponsored live events, where sponsorship packages are sold in person, online, and through the phone, making this a very multiplatform product and revenue stream.

The Program on Negotiation at Harvard Law School is an example of an online publisher who produces user-supported, unsponsored events. In the fall, they host their multi-day Negotiation & Leadership program and their Negotiation Master Class. In the spring and summer, they host those programs again, along with the Harvard Negotiation Institute. These programs are thousands of dollars to attend and are a significant source of revenue for this publisher. Additionally, they host premium webinars several times per year, featuring the instructors from their in-person programs. 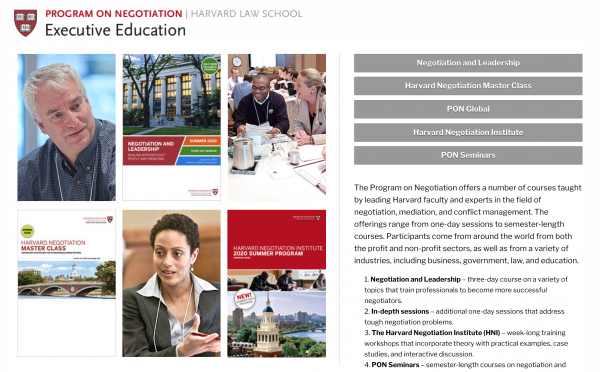 Publishers who have always sold books are also finding success in generating revenue by selling them online. Consumers used to rely on bookstores, but now people are so used to buying books online through Amazon that it’s no big step for them to purchase books directly through publishers, including digital ebook downloads. When the books are digital, this is yet another product we’re seeing publishers include in their all-access membership packages.

The Ceramic Arts Network, publisher of Ceramics Monthly and Pottery Making Illustrated, has always produced books, but only in recent years have they started to sell digital PDF versions of each book. Their online bookstore includes over 70 books on glazing, form, hand-throwing, and a good portion of them can be downloaded. 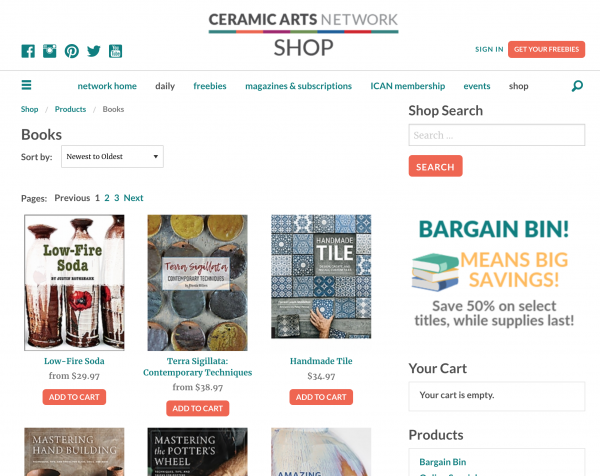 Another way online magazines make money is through programmatic display advertising, which is the process of automatically buying and selling ads online. The ads are based on the demographics of the publisher, and are tailored directly to the habits of the people who will see them. Rates on programmatic advertising can range anywhere from $0.50 per thousand to $3 or more.

The Old Farmer’s Almanac’s website Almanac.com features one type of programmatic advertising, which is Google Adsense. There is usually a leaderboard above articles, and in the right-hand rail featuring dynamically generated ads. Other publishers use programmatic ads that use an ad-server where advertisers can manually pick and choose which sites they want their ads to appear on, and publishers can choose the price per thousand, or per click, they’re willing to accept. 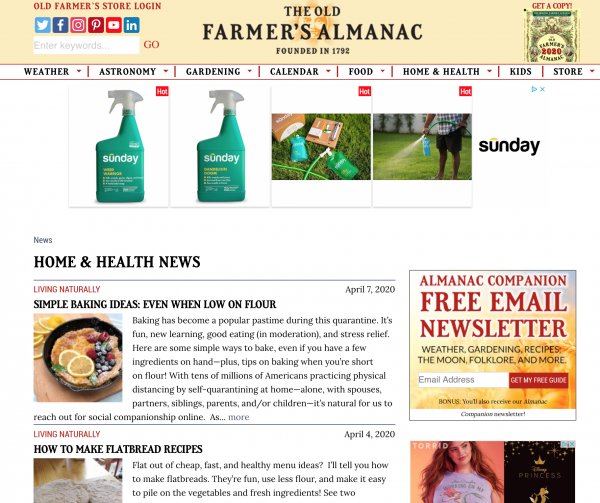 Another large segment of online magazine publishers generate revenue through native ads, a revenue stream that has existed since the dawn of print. Multiplatform publishers are in a great position to sell native sponsorship packages that combine traditional print ad placements, digital ad placements, and better opportunities for the sponsor to be part of the story.

Here’s an interesting example of an online magazine publisher selling native advertising, and the importance of testing ads for your sponsors.

Yankee Publishing, publisher of regional magazine Yankee, saw a 72% increase a few years ago when they tested a new “takeover” sponsored email template. When they were simply selling single text ads between articles in their newsletter, the sponsor ads were getting just 227 clicks on average per send. They added a 300 x 250 display ad in the first ad slot of the newsletter to accompany the single text ad, and that increased the number of clicks to an average of 300. Finally, they created an email template that included the display ad for the sponsor in the top ad slot, filled the remaining text ads between articles for the same sponsor, and made the content more tailored to that sponsor. In doing so, they earned the sponsor a whopping 850 clicks on average. 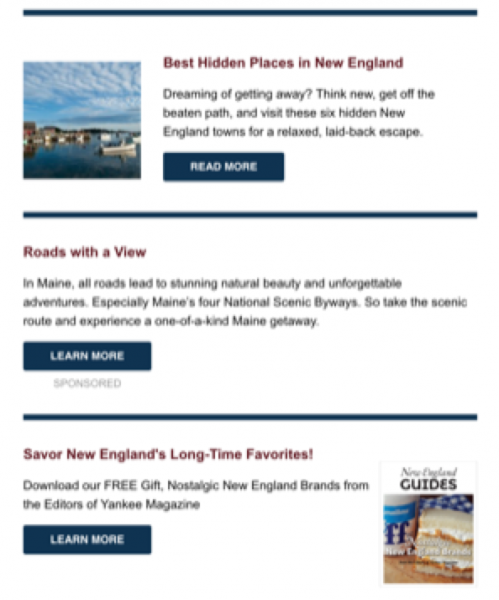 Integrated sponsorships are another method online magazines use to make money online. This is a much different mindset than selling a set of ad placements on your homepage. Philosophically, we believe publishers are best served shifting the conversation away from things like impressions and more toward brand scarcity, exclusivity and alignment.

AAA Northeast uses this revenue-generation strategy well. They offer a monthly sponsorship package, which is discounted when a sponsor purchases multiple months, and they also offer a bundle rate when a sponsor agrees to advertise in their print magazine.

For AAA, sponsors buy monthly campaigns. Within that monthly campaign, they receive a custom, SEO-optimized, 1,000-word article that provides high-quality editorial content for their readers while positioning the sponsor as a thought leader in their industry. They also get a dedicated email promotion that’s sent to a large and targeted list of engaged AAA members, exclusive sponsorship of a relevant category on their website, and an in-line, native text ad within their email newsletter that is sent during the campaign month. A bonus perk is that they will capture the name and email address of every member that views the sponsor’s custom story and provide weekly spreadsheets. This is the ultimate package for a sponsor.