Are Schedules and Deadlines a Help or a Hindrance? P 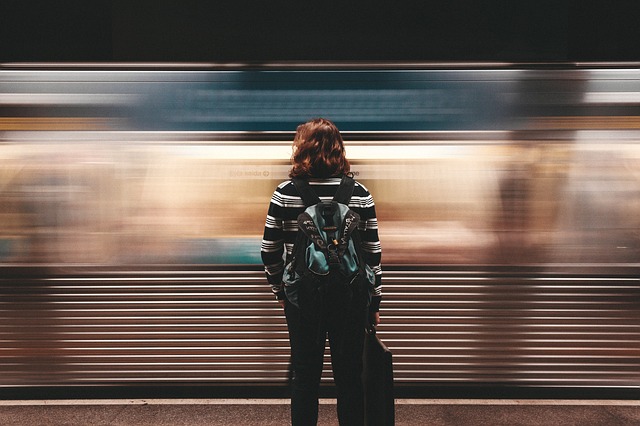 The post Are Schedules and Deadlines a Help or a Hindrance? appeared first on ProBlogger.

This post is based on episode 249 of the ProBlogger podcast.

This week’s post is all about schedules and deadlines. Are they a good thing, or can they hold you back?

We’ve talked a lot about deadlines and schedules over the years, and how they can help you publish content regularly. They can not only help you get into the flow of writing content, but also let your readers know when to expect new content on your blog.

But what if your schedule becomes a hindrance rather than a help? What if the pressure of constant deadlines starts having an adverse effect on your blogging?

There are no rules about how often you should post new content on your blog. But as someone who’s been blogging for a long time, I thought I’d share what I’ve learned over the years.

The first thing I want to say is that quality is more important than quantity. Your regular readers won’t share your posts if they aren’t any good. And so pumping out content before it’s ready just to meet your deadline could hurt the potential growth of your blog (not to mention your brand).

But quantity is still important, particularly if you want to monetize your blog. As I’ve said many times, every piece of content you publish is a doorway into your blog. The more content you produce, the more doorways you have. And each doorway is a potential source of traffic from search engines, social media, and links from other blogs. You can still get traffic without having much content, but you are limiting your chances significantly.

Which can be a problem if you equate ‘quality’ with ‘perfectionism’.

To the point where they weren’t producing any content.

As you can imagine, this limited the chances of their posts being found by search engines, social media shares, links from other blogs, and so on.

Which, in terms of building traffic, isn’t a great strategy.

Yes, quality trumps quantity. But if you don’t produce any content then you’re really limiting yourself, particularly if you’re using a monetization model that relies heavily on traffic such as AdSense.

So which one is it? Should you use them or not?

That depends on who you are and what stage you’re at with your blogging.

Some people find deadlines incredibly motivating. A friend of mine is a journalist, and she admits that if it wasn’t for her editor’s deadlines she wouldn’t have won some of the awards she’s received for her work.

Her editor gave her a really hard deadline for one piece, and made it clear there would be consequences if she didn’t meet it. That looming deadline gave her a rush of adrenaline and panic that sparked her creative engine. And the piece she wrote ended up winning a national award.

As much as she doesn’t like deadlines, she knows they’re good for her and help her produce her best work. As Thomas Carlyle would say, “No pressure, no diamonds.”

But deadlines don’t have that effect on everyone. For some people it just clouds their mind and stifles their creativity. Here’s what George R.R. Martin, who wrote Game of Thrones, said about deadlines:

“I’ve never been good with deadlines. My early novels, I wrote by myself. No one knew I was writing a novel; I didn’t even have a contract.”

Not having a deadline gave him a sense of freedom where he could just create. Which probably explains why he struggled to write the latest volume of Game of Thrones when he did have a deadline.

In extreme cases, deadlines can create so much panic in a person that they effectively become paralyzed.

If any of this sounds like you, then creating an editorial calendar might not be a good idea.

So how do you feel about schedules and deadlines? Do they keep you moving, or send you into a tailspin?

Or perhaps you’re like me and a lot of other people who find them both a help and a hindrance depending on the situation.

There have certainly been times when deadlines were my friend. If it weren’t for my editorial calendar and the deadlines it gives me, I doubt I would have produced anywhere near the amount of content I’ve published over the years.

But there have also been times when an impending deadline created far more panic than the situation warranted. I started focusing on the deadline instead of the work, and ended up creating content I wasn’t happy with.

I still think having some sort of schedule, whether it’s a full-blown editorial calendar or simply promising yourself to write something every week, is a good idea. But don’t use one if it makes you feel uncomfortable.

It’s a schedule, not a contract

If you do decide to create a schedule, just remember that it’s not a legal contract that will have you thrown in jail if you miss a week. If you need more time to work on your post, there’s nothing wrong with posting it a little later than you planned. If having to post every week is making you anxious, try dropping back to once every two weeks.

And if you need a break, then that’s fine too.

At ProBlogger we’ve changed our publishing schedule a lot over the years. And we announced some of those changes to our audience, but not all of them.

As I said earlier, there are no rules about how often you should post new content on your blog. Which means you can create a schedule that suits you, your blog and your life. Don’t feel pressured into posting every week just because other people are. You don’t know what their circumstances are. They may have a team of ghostwriters working for them. Just find a balance between quality and quantity that suits you and your lifestyle.

Another way to look at deadlines

If the mere thought of creating a schedule makes you nervous, think of the deadlines as goals instead. This can help you stay on track without feeling pressured. I’d like to publish a new post every week. But if I don’t then it’s not the end of the world.

And no-one else needs to know what your goals are. If your plan is to publish once a week but it’s taking more than a week to complete each post, the only person who’ll know about the discrepancy will be you. Everyone else will just think you’re writing to a fortnightly schedule.

How do you feel about schedules and deadlines now?

Do you currently use a schedule to create deadlines for yourself? Are you going to start doing things differently after reading this post? Let us know in the comments.

Photo by Jan Huber on Unsplash

The post Are Schedules and Deadlines a Help or a Hindrance? appeared first on ProBlogger.