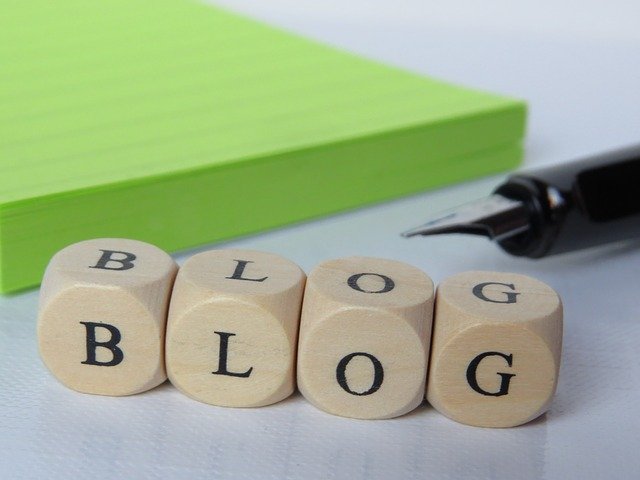 This post is based on episode 52 of the ProBlogger podcast.

As a blogger, you will be judged by everything you say. Of course, unless you’ve just starting out and have never received a comment on your blog, you probably already know this.

But did you know you will also be judged by how you say it? Depending on the words you use you may come across as trustworthy or shifty, stiff or relaxed, friendly or unfriendly, genuine or fake, robotic or human.

And it’s that last one that I’d like to tackle today by giving you some writing tips to help you sound more human. As I’ve said many times, one of your goals as a blogger is to build relationships with your readers. But that’s unlikely to happen (at least not quickly) if everything you writer makes you sound like a robot.

And it’s not just blog posts you need to think about. You also need to sound human in your social media posts, your emails, and even in the microcopy you write your website such as your 404 page.

So here are ten things you can do to sound less like a robot and more like a human being.

When you’re talking to someone face to face, chances are you’ll use a lot of contractions – “we’re” instead of “we are”, “you’ll” instead or “you will” (as I used in this sentence), and so on.

And you should also use them in your blog posts.

A lot of people think you need to be more formal when you’re writing. But as J. Michael Straczynski once said, “Good writing […] is nothing more or less than speaking on paper. It’s the development of your natural voice.”

And this is especially true if you’re writing an apology or delivering bad news. Because in those instances you don’t need to be formal.

You need to be sincere.

Like most bloggers, you probably want to be known as an authority in your niche. And so you may be tempted to use the fanciest words you can think of to sound more… well, authoritative.

And so we choose words and phrases such as “utilize”, “incentivize” and “efforting outreach” instead of “use”, “motivate” and “connecting”.

Unfortunately, it usually has the opposite effect. Thanks to our politicians, we usually associate long words and convoluted language with having something to hide. And so rather than coming across as an authority, you just come across as being dishonest.

It also put people off reading your content simply because you’re making them work too hard to understand what you’re saying. Even if they are willing to put in the effort, your words may simply be too complicated for them to decipher what you’re saying.

Always write using short, simple words that have a clear meaning. No-one is going to complain that you made the information too easy to understand.

When you write a sales page to sell a product or service on your blog, you often want to generate a bit of excitement with your copy. Unfortunately, a lot of people do it by ending their sentences with exclamation marks.

But tacking on an exclamation mark doesn’t make anything sound exciting. Instead it’s seen as trying to overcompensate. (F. Scott Fitzgerald went so far as to say “An exclamation point is like laughing at your own joke.”)

So don’t use exclamation marks to try and create a false sense of excitement. Use those short, simple and clear words to create real excitement.

Another trap bloggers fall into when trying to sound authoritative is using jargon and acronyms in their posts. Yes, it may help you get your message across more quickly. But it can also alienate potential readers who have no idea what they mean. They’ll quickly decide you’re not writing for them (or are deliberately excluding them) and move on.

And that’s the last thing you want to happen.

If you really want to use a particular acronym or industry term, explain what it means the first time you use it (e.g. “Make sure you have a clear call to action (CTA) at the end of your post”). After that you can use the acronym because the reader will know what it stands for.

It’s the same with any jargon that you use. If you’re talking about tachycardia, then you should explain that it means a fast heart rate.

And don’t assume your readers will know what a term means because you explained it in your previous post. They may not have even seen it.

5. Proofread before you publish

As I said earlier, people will judge you by the words you use. And that’s especially true when your post is full of spelling mistakes.

The internet is flooded with examples of misspelt or misused words that turn an important statement into a joke:

If a word is misspelt, then you may get a warning depending on what software you’re using to write your post. But if you’ve used the wrong word (as with these examples), then it may not tell you there’s a problem.

And by the time you find out there is a problem, the damage to your reputation and perhaps your brand may have already been done.

So make sure you proofread your posts before you publish them. Ideally you’d do this a day or two after writing it so you’re not familiar with the words. But if you don’t have the time you could try reading it out loud, or even asking a friend or fellow blogger to proofread it for you.

(Reading your post out loud is also a great way to see if you’ve used any complicated words or language.)

A related problem is spelling words in different ways in the same post. You may talk about “email” in one paragraph, but then refer it to it as “e-mail” in another. You need to be consistent not only to look professional, but also to avoid confusing the reader.

And that’s where a style guide comes in.

You can start by choosing a particular dictionary as your “source of truth” for how to spell and hyphenate particular words and phrases. But a style guide goes further, and spells out (pardon the pun) things like:

Some businesses and government agencies make their style guides freely available. You can either adopt one of them, or use it as a starting point for creating your own. And then you can keep adding to it as you go along.

Having a style guide is one thing. Enforcing it is another.

If you’re writing your own content you can check things as you go to make sure everything is consistent. But if you have other people writing content for you, it’s not as easy. Even if you give them all a copy of your style guide, how can you be sure they’re following it?

This is where hiring an editor can be such a help. They’ll go through everyone’s content (including yours) to make sure it’s consistent with what’s in the style guide. And if it’s not, they’ll either fix it or ask the author to do it.

They can also proof your content to make sure you haven’t made any embarrassing typos, and even suggest changes to improve your copy.

Yes, you may have to pay someone to do it. But having an editor will free up more of your time to write content.

Which would you rather be doing?

8. Make it all about your reader

Ever been excited by an email or a web page that says, “We’re super excited to announce this new feature” or “I can’t wait to tell you the good news”?

I’m guessing your answer is “No”. Sure, they’re excited. But you’re not.

And why is that? Because they’re making it about them by using words such as “We” and “I”.

So when you’re trying to make someone feel excited about something, make it about them by using words such as “You” and “You’re”:

Switching from “I” and “We” to “You” and “You’re” often means rewriting the entire sentence. But making everything about your reader instead of you will give you a much better chance of them feeling excited.

9. Put yourself in your readers’ shoes

By now you’re probably champing at the bit to his “Publish”. But before you do, picture someone else reading your post.

Not just anyone. A specific person.

It could be someone you know, or a well-fleshed-out persona you’ve created. It just needs to be someone specific.

Now, picture them reading your post when they’ve had a really rough day. They got to work late and got chewed out by the boss. They spilled coffee all over their shirt at morning tea. They’ve been dealing with stupid emails all day. And now they’re about to sit down and read your post.

How do you think they’ll react to that pun in the headline? Will they start poking holes in your reasoning? Will they bother reading that long paragraph, or just skip over it?

And how do you think they’ll feel when they get to the end? Will they feel how you want them to feel?

Now, think what you could change to eliminate those issues and leave them feeling the way you want them to.

And then start editing.

People will often say to me, “I feel like you’re writing to me,” and I think it was because I was writing to someone specific. I think it does help you to write in a different tone if you’re imagining someone or having a bad day. You’re going to write in a more patient and more caring way.

Humor can be a great way to build a relationship with your readers. People like to laugh and be in on the joke. But there’s a difference between being funny and being snarky.

Humor should be lighthearted, and if there’s going to be a ‘victim’ it should ideally be you. But humour is often directed at other people, and instead of being funny it comes across as being mean and snarky.

And the last thing you need it your readers thinking you’re a bully.

So tread very carefully when you’re trying to be funny. And if there’s a possibility it could be taken the wrong way, you might be better off leaving it out.

In other words, be kind.

I hope these tips have given you some ideas on how you can sound more human in your blog posts, emails and social media updates.

Now, take a look at some of the posts you’ve written recently. Can you see where you could make changes to sound more human? Which tips do you think will have the greatest effect? Let us know in the comments.